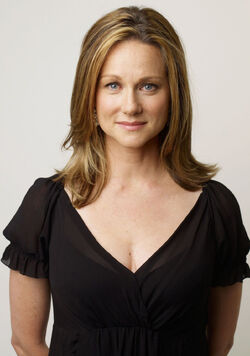 Laura Linney was born in New York City February 5th, 1964 and was born into a family prominent in the theatre buisness. Linney's film career began in the early 90's, with smaller roles such as "Lorenzo's Oil", and "Dave". Linney's breakthrough role was in "Primal Fear", where she starred as Richard Gere's ex-girlfriend, which from there brought Linney more substantial roles. Soon after, Clint Eastwood chose Linney to play his daughter in the hit film "Absolute Power", and then went on to star in the [The Truman Show]. Laura continues to star in prominently movies, however she continues to also perform on the Broadway Stage on occasion.