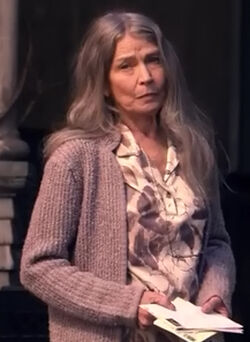 Marlene, played by Phyllis Somerville, is Cathy's bad-tempered neighbor. Marlene turns out to be Cathy's Ally, finding that they have more in common than it seems. Both Cathy and Marlene feel resentful and abandoned in life and even despite the huge age difference they work together to make it through life. They both still feud with each-other, but even despite their fighting they seem to have an understanding, and "get each-other". Throughout season 1, Marlene and Cathy grow closer and Marlene begins to have a deep friendship with Cathy.

Despite being bad-tempered and foulmouthed, Marlene is a kind and tolerant woman, who accepted her daughter being a lesbian. She was horrified to find out that she almost hurt Adam because of her Alzheimer's, an act that prompted her to take her own life, not wanting to become a burden or worse, to hurt someone she cared about.